Radiant heating can be a luxurious way to keep a home warm, but the boiler in any hydronic heating system is a potential failure point for many reasons. Flue condensation is one typical issue in boiler systems, and it can lead to several problems. In most cases, excessive amounts of flue condensation will result in rust on the flue pipes, boiler housing, or even heat exchanger.

Flue gas condensation is an invisible problem — at least, at first. When your flue gases condense, water drips back down the flue piping and into the boiler. You are unlikely to hear water dripping or see any signs of moisture unless you spend a significant amount of time near your boiler. Instead, you may realize that a problem exists when you start to notice its first symptoms.

Excess condensation causes moisture to build up in your flue piping, which will often cause rust. You may initially notice rust forming along joints, but the problem can become severe enough that exhaust gases begin to leak from the flue. Rust on the boiler housing may also be an indication that you have a significant condensation issue.

Understanding the Causes of Condensation

Exhaust gas condensation always has the same cause: something is cooling the exhaust gases below their dew point, and condensate "falls out" as the combustion gases escape. This situation produces a condition known as sustained condensation, which means that your flue piping and other components are in constant contact with acidic condensate. Over time, this will eat away at your boiler.

Sustained condensation is usually an issue with the design of the overall heating system. If your radiant heating panels pull heat from the boiler too quickly, the temperature in the boiler will fall, and condensate will form. To prevent this, the water returning to the boiler must remain warm enough for the boiler's internal temperature to prevent the formation of condensation.

Severe and sustained flue condensation is typically the result of poor design choices. Repairing the problem involves installing mixing valves that can control the temperature of the water returning to the boiler. A valve controller that can monitor the temperature on the return-side of the system can adjust your system's mixing valves to ensure that return water never falls below the dew point.

Since flue condensation can cause severe and rapid damage to a boiler, you should never ignore this condition. If you believe that your boiler is allowing condensate to form, contact an HVAC professional who offers heating repair services immediately to discuss options for correcting the problem. 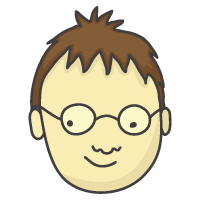 The upstairs of my house is always very warm. I installed a central air conditioning unit, but the second floor was always much warmer than I liked. I decided that it was time for me to talk with an HVAC technician to find out what I could do to decrease the temperature in that area. He suggested that I install an attic fan to suck the hot air out of my attic and to draw the cooler temperatures from the lower level upstairs. If this is an issue that you have, this blog will help you understand a few things that you can do to cool the upper levels of your home.